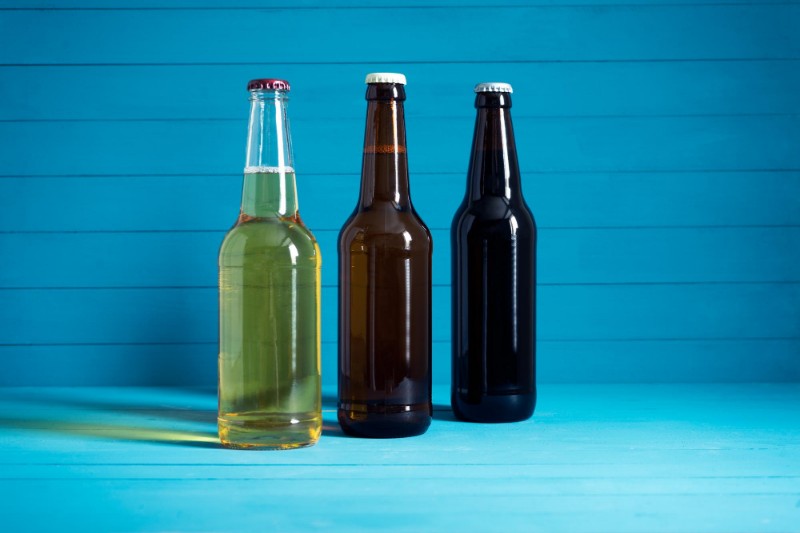 Many people wonder what homebrewing actually means: Homebrewing is the small-scale production of beer, mead, or cider for one’s own non-profit needs.

People frequently associate “brewing” with beer when they hear the word. While we beer enthusiasts like to believe that beer is the center of the universe, you can still be a “homebrewer” if you brew wine, cider, mead, kombucha, or even tea.

Homebrewing was swiftly taken up by Greek and Roman women as well, but soon slave labor began to produce beer.

The thermometer and the hydrometer, two essential devices used in modern homebrewing, were created during the Industrial Revolution in the 18th century. This equipment improved homebrewing efficiency and enabled the brewing of large quantities of beer.

How to Make Beer at Home

We will go over the procedures for beginning home beer brewing.

What equipment is required to make beer at home?

Brewing equipment and supplies for home use:

You will require special equipment to begin homebrewing. Investing in high-quality brewing materials will simplify (possibly more automation) your brewing process, and they are likely to last longer than improvised or less expensive brewing equipment.

You will first require a large pot (you may already own one used for cooking; like a large sauce pot). About 4-5 gallons should fit in your pot. The brewed wort will need to be kept in a big container during the fermentation process, such as a large 6-gallon bucket. Once the lid is on, this bucket must be airtight, and it must include a small opening for your airlock.

An airlock is a simple yet crucial tool for home brewing beer. They serve two purposes: first, it allows the carbon dioxide to leave your fermenter while fermentation is occurring. Additionally, they stop the addition of other wild yeasts, air, and pathogens into your brew.

You add sterilized water to the airlock and that creates the barrier.

A sizable carboy (fermenter) will also be necessary. How much beer you intend to brew will determine the size of your carboy. A siphon tube, sanitizer, bottle capper, bottles, bottle caps, and other supplies are also needed to move beer between containers (to store your beer).

You can purchase brewing supplies from your neighborhood home-brew shop. Speak to a store employee if you’re having trouble deciding on the ideal equipment for your homebrew. They will be able to help you with everything and choose the appropriate materials.

How much room do you have for homebrewing beer?

You don’t need a lot of space to start homebrewing, which is surprising. Many homebrewers create beer in their own kitchens (you can also make a kitchen sink beer, but we will get into that later)! Not only do you need a place to brew your beer, but you also need a place to keep the finished bottles as well as the fermenting beer. And you’ll definitely need a closet or a tiny room to store your equipment if you don’t want to have it all out on the counters at all times.

Are you looking for recipes for novice homebrew? Check out Homebrewing Recipes.

Up until 1978, it was against the law to brew beer in the United States with an alcohol concentration of more than 0.5 percent. A bill eliminating the federal prohibitions was enacted by Congress. Today, it is acceptable to make beer at home in every state in the United States.

The majority of nations have followed the lead of the United States and made it legal to brew beer for one’s own consumption. Homebrewing is still prohibited in the Faroe Islands, Iran, Malaysia, and Ukraine, according to Wikipedia.

Homebrewing: is it safe?

A worry that novice homebrewers have is that homemade beer can make them ill. There is minimal risk that beer will make you unwell if you drink it responsibly. Your beer’s alcohol will stop microorganisms from flourishing there. Sometimes during the brewing process, things can go wrong and produce a weird batch. Although it won’t kill you, your beer won’t taste very good. If your batch tastes or smells bad, use your senses to tell you not to drink it. To keep your beer from becoming “skunky,” store it correctly (no sunlight).

People frequently worry that their home-brewed beer bottles will explode when brewing beer at home, particularly when doing so for the first time. It can be challenging to achieve the ideal level of pressure and carbonation in your bottles when homebrewing, and it’s possible that your bottles could burst or explode. You should put your filled beer bottles in a box or container as a safety precaution so that, in the unlikely event that they burst, the mess is contained and can be cleaned up quickly.

Can you brew a lot of beer at home?

The majority of states allow adults to brew up to 100 gallons of beer at home each year. (Remember that in the US, in order to be considered an adult, you must be at least 21 years old.) If there are two or more adults living there, that need rises to 200 gallons annually.

How many beer bottles can one gallon of homebrew produce?

The ideal batch size for someone wishing to brew beer in a small area, such as an apartment, is 1 gallon of beer, which yields approximately 8–10 bottles of beer and requires relatively little brewing equipment.

The most typical batch size for homebrewers is five gallons. This is equivalent to about 48-50 beer bottles, but it calls for more substantial tools.

Does drinking at home save money? What is the price of home brewing?

Sadly, producing beer at home doesn’t save a beer drinker as much money as you might imagine. However, you’ll save some money if you make more beer at once (due to the upfront equipment costs). A 6 pack of craft beer costs about the same as a 1 gallon batch. You’ll save more money if you produce more beer in a batch (but still not much). You also have to take your time into consideration. Overall, this is a hobby, not a money-saving proposition.

The equipment you need to buy and the materials you use to make your homebrew will determine how much it will cost to make beer.

We will post more articles that go over the process of making beer and the multitude of ingredients you can use. The end result is only limited by your creativity. Thanks for reading our guide, and cheers!